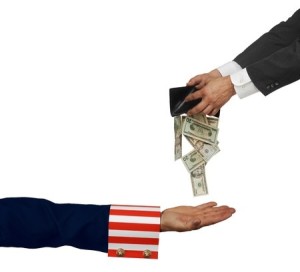 On July 3, 2014 Israel’s Finance Ministry announced that it had signed an agreement with the United States aimed at improving international tax law and implementing the U.S. Foreign Accounts Tax Compliance Act (FATCA).  Just like all agreements under FATCA, Israel and the United States will cooperate to transfer financial information from Israeli financial institutions and banks to the Internal Revenue Service. The information will include the details of financial accounts held in Israel by U. S. citizens and residents or legal entities in which U.S. citizens have a material ownership interest.

This agreement with Israel is another in a series of IRS efforts to crack down on unreported (and therefore untaxed) foreign sourced income.  In 2006 the IRS estimated that there was a very large tax gap (the difference between what U.S. Citizens owe in taxes each year and what they voluntarily pay). In 2006 the tax gap was estimated at $450 billion.  Estimates suggest that number has grown substantially in recent years.

In the past, the IRS has implemented a number of programs to encourage voluntary compliance in reporting previously undisclosed offshore accounts. While the programs varied in detail, they all had a few things in common.  All of the programs offered somewhat reduced penalties and no risk of criminal prosecution if the taxpayer fully disclosed his previously unreported offshore accounts and paid taxes due plus interest.

As the IRS continues to sign agreements with additional countries like the one it just signed with Israel, enforcement efforts by the IRS and the Justice Department will continue to increase the risk of detection of a taxpayer’s undisclosed foreign bank accounts and assets. As a result it is becoming increasingly advisable for taxpayers with previously undisclosed foreign accounts and assets to take advantage of the IRS’s voluntary disclosure program so as to avoid criminal prosecution.

If you have foreign accounts and/or assets that you have failed to report on a prior year’s tax return and want to assess your options then schedule your free consultation by calling (480) 888-7111 or submit a web request here.