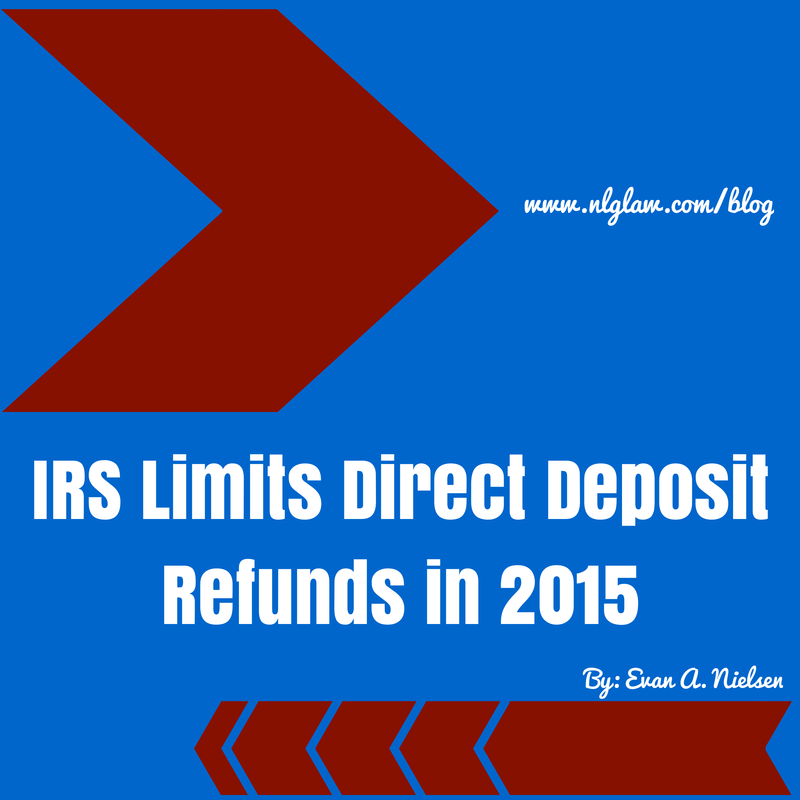 In a recent announcement, the IRS noted that it will only allow up to three electronic direct deposits to a single account for tax year 2015. Citing identity theft as the primary motivator, the IRS is attempting to make it more difficult for tax scams to actually get the refund.

Given the results of last tax year, the measures are probably warranted. Within days of the 2013 tax season getting underway, the IRS was investigating over 1,800 identity theft issues – all of them involving millions of dollars in scams. A New York woman, for example, pleaded guilty to an identity theft scam involving $65 million in tax refunds.

The limit on electronic deposits should help to reduce the effectiveness of current tax scam strategies and the IRS claims it will not impact most taxpayers. But if you and your family share the same bank account and expect more than 3 refunds in the coming year, you’ll want to make other arrangements – the IRS says it will make NO exceptions.

And whether or not the rule will actually go into effect is also a question at this point due to recent court challenges. But expect the IRS to continue to take measures to prevent tax fraud. And on this one issue, it’s probably a good thing.

Need help with your tax return this year? Schedule your free consultation by calling (480) 888-7111 or submit a web request here.